The drilling event at Charlie-1, which is on track for a late February spud, will see 88 Energy — along with its farm-in partner Premier Oil (LON:PMO), target 1.6 billion barrels of gross mean prospective oil resource, of which 480MMBO is net to 88E.

The drilling event will intersect seven stacked prospects and could see Charlie-1 emerge as one of the world’s biggest oil wells of the year.

While it has a long history of successful oil discoveries, Alaska’s North Slope is now seeing renewed industry interest as new technology and exploration incentives have made the commercialisation of once stranded resources possible.

These oil discoveries have been made in a new play called the Brookian Sequence, where massive amounts of oil — over 4.0 billion barrels — have been discovered over the last six years.

Here are some of those discoveries in the Brookian play, alongside 88E’s Project Icewine: 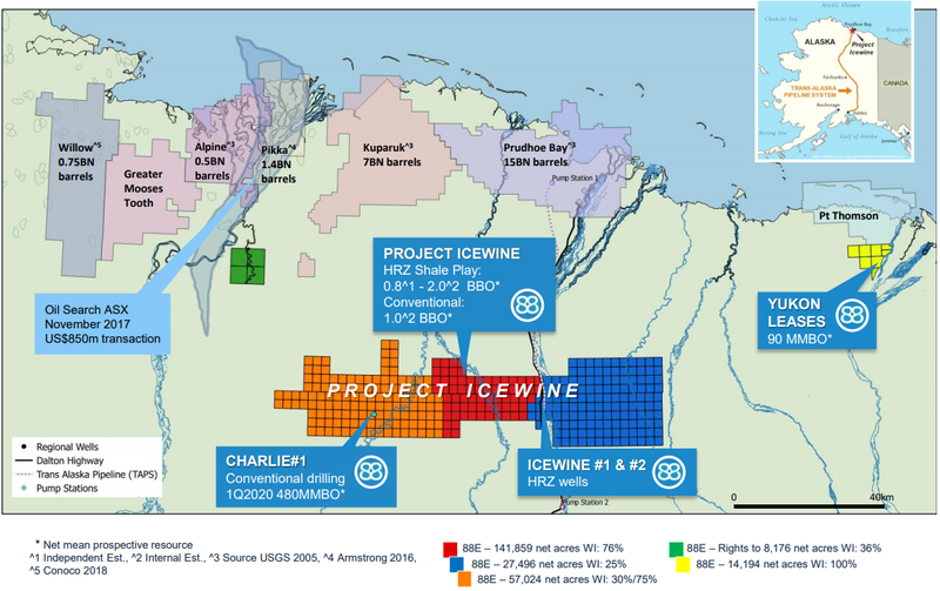 88 Energy now has all permits required for drilling in hand, with the Permit to Drill approved on 11 February.

The ice road to the Charlie-1 location is more than 80% complete and is expected to be completed in the next two weeks, while ice pad construction is due to commence shortly.

88 Energy executed a rig contract, via its 100% owned subsidiary Accumulate Energy Alaska Inc, with Nordic-Callista Services to utilise Rig#3 for the upcoming drilling.

Mobilisation of the Nordic Rig#3 to site is anticipated to begin in approximately 10 days.